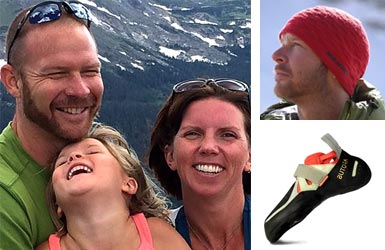 Bryan has spent the last 20 years climbing around the globe. He has lived overseas in Japan, Thailand and most recently South Korea, where he founded and developed a non-profit known as KOTRI.org, which helps keep climbing sustainable on the Korean Peninsula.Hylenski / President of Butora USA

His adventures include first ascents in Thailand and South Korea, most recently he was a part of a documentary series that followed his team’s first ascent of 2 peaks in the Hagshu region of the Himalaya. He is always looking for the next great adventure and is never without a goal or climb to challenge himself. 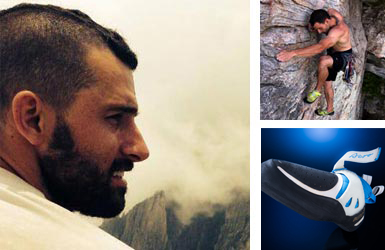 Bradley Hilbert is a CPR and CWI certified climbing instructor who has organized and led group climbing trips – for both first-time and more-experienced climbers – in South Korea & the United States. He has climbed routes around the world from South Korea to Southern Kentucky.

As a climbing trainer, he has designed his own programs for strength-training, for injury-preventing prehabilitation (specializing in prehab for climbers with persistent back problems), and for effective dietary regimes while in training. He is a skilled coach and a patient instructor and has trained climbers using both indoor and outdoor climbing walls. 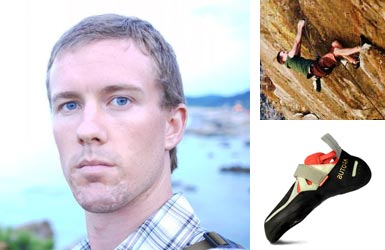 Mack was born and raised in the flat mid-west; during University he found climbing and has been avoiding the flat lands ever since. Climbing has taken him to most of Asia, the Indian sub continent, the Middle East and Alaska. His favorite climbing destinations are Yangshuo, Hampi and Crazyhorse. He is a SPRAT and IRATA certified rope access technician, but prefers working with people on the ground, finding them the right climbing shoe for their next adventure. 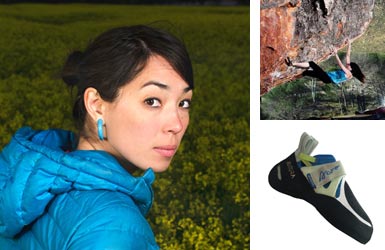 Theresa is originally from Denver and studied Economics and Business at CU Boulder. In college, she first dipped her toe into climbing but didn't quite get why everyone was so psyched about mailing things(sending). Climbing went on the backburner until she moved to South Korea where climbing became a huge part of her life. Sending or not, being surrounded by friends, camping, climbing and traveling is where she feels at home.

In South Korea, she worked with KOTRi.org as an organizer to bring The Reel Rock Tour to the peninsula, as well as other climbing initiatives. Climbing has become a motivation for travel and has taken her to numerous climbing destinations abroad including India, Thailand, South Africa, Greece, Turkey, Oman and China.

After 6 years abroad, climbing has now led her to back to the US where she’s psyched to send you some love in the form of climbing shoes. When she's not at the warehouse, she's organizing her hot sauce collection, enjoying live music, and going climbing. 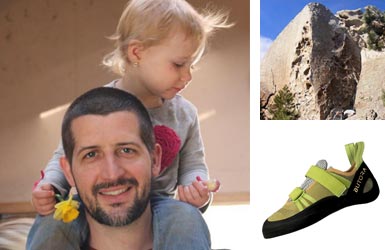 Nick was born and raised in Dayton, Ohio, and has lived in the Columbia Gorge for the last ten years. He was first introduced to rock climbing the age of 12 and has been climbing ever since. Nick learned to climb at the Red River Gorge in Kentucky and then sought out Smith Rocks in Bend, Oregon and the mountains of the Pacific Northwest.

Throughout his climbing career he has traveled across the US to nearly all of the best crags and to Thailand and India as well. One of his most memorable climbs was on Moonlight buttress in Zion National Park.

His passion for climbing has led him to starting several youth climbing teams, building and working on several indoor walls, teaching rescue and EMT classes at the community college and working as a volunteer on the SAR team on rope and mountain rescues. He sees himself as an ambassador for the youth of the sport and takes great pride in teaching others how awesome climbing is, both as a sport and as a life long adventure. 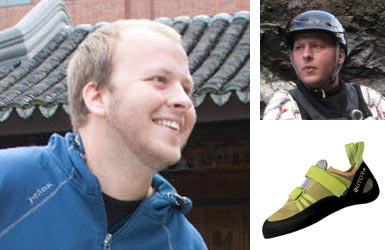 Tyler was born and raised in Oregon. By the time he moved out of his childhood home, he felt the itch to travel. Having moved around the US, time spent living abroad in Ecuador and South Korea, it was time for him to come back to his roots.

He was first introduced to climbing at the age of 12 and got his first chops at Smith Rocks in Central Oregon and local gyms during his high school years. Over his climbing career he has climbed all around the western US as well as South America, South Korea, and Thailand. Climbing has taught him a lot about himself, his shortcomings, and given him some of his best friends and partners for life. His favorite climbing destination is Yosemite National Park.

Climbing doesn't come without obstacles and injury, and Tyler took severals years away from climbing to pursue other passions, including becoming a member and manager of the Oregon Rafting Team. He has also participated in volunteer SAR efforts and taught numerous new climbers how to become better at their newfound passion. 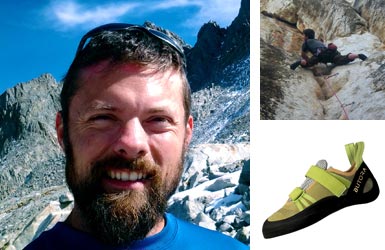 Tom grew up in the foothills of the Sierra Nevada mountain range in California. He spent his youth exploring the mountains and forests surrounding his home. It was here that he developed a passion for climbing that has continued ever since. Despite spending more time climbing than in class while attending college, Tom managed to graduate and then left the United States to explore the world. 10 years later and having lived, worked as an English teacher, climbed, and travelled in numerous countries around the world including the Czech Republic and South Korea, Tom moved back to the US and currently resides in Michigan.

While Tom loves climbing and spending as much time in nature as he can, looking back on his years in the sport he says that the most important, and most memorable parts were not just the climbs, but the people he’s met and the friends he’s made.

Matt grew up in Texas and found his love for the outdoors later in his University years. Heavily involved in the Outdoor Recreation program at Texas State University, Matt was able to explore many avenues of experiential education through a variety of outdoor activities.

Matt’s first proper climbing trip to the Red River Gorge had him hooked on the amazing rock and vagabond lifestyle. With the itch to climb and travel, Matt moved to South Korea to work and gain access to the climbing throughout Asia. He found the best rock in Laos and China and after 5 years overseas, Matt decided to move home. He continues to spread his love for climbing & outdoor education, as well as working towards getting you into a sweet new pair of kicks!